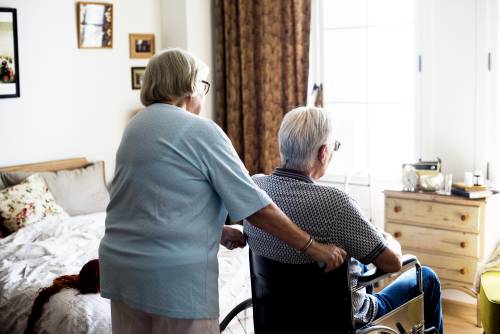 A “Little White Lie” or Fib is defined as “a harmless or trivial lie, especially one told to avoid hurting someone’s feelings.”  A person living with dementia often has significant short-term memory loss, confusion, and time disorientation.  Is it better to tell the truth and discuss “reality” or fib to reduce their anxiety?

We all feel the pang of guilt when we fib on a direct question.  Our rationale may be exactly as a “little white lie” is defined—to avoid hurting someone’s feelings.  We also fib to avoid having an unwanted or complicated discussion.  People living with dementia have likely lost significant ability to store, retain, access and process information and memory.  The memories they have define their current reality.  Reframe your answers as “lies or fibs”—think of them as relating reality to them.

Relating Reality to Them–3 Things to Consider

When providing information on “difficult and repeated questions” (ie Where’s my car? Where is Jack (husband)” who died 8 years ago), here are three inputs:

Where is my car?

John has significant short-term memory loss.  He can no longer drive but insists he can.  When he asks his kids to drive, they say “Dad, you can’t drive anymore” further agitating John.

In either case, the family should make ever effort to provide transportation so that John can still get around and have some semblance of independence.

Sometimes, reality (telling the truth) is the best answer but doing it in such a way to relate to their reality. Jill has dementia and often asks where her deceased husband, Jack, is.  Jill has some long-term memory recall but little short-term recall and is often confused about timing on events.

Hopefully these strategies and approaches help you calm the person living with dementia and bring peace to the family.

Monthly tips, resources, and information on aging.   We never sell your information and opt-out at any time.

You have Successfully Subscribed!